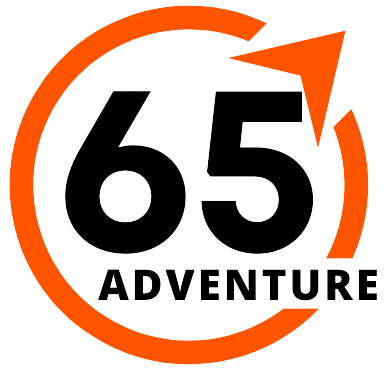 Long school holidays meant one thing for kids – time to play! For a certain pair of twins, that meant outdoor activities and we did just that, in the north of Singapore.

Having attended our orienteering program in partnership with ActiveSG, the twins already attained basic navigational skills and it was time to put those skills to the test. We kickstarted their day with some orienteering. To highlight the importance of doing our part in keeping the environment clean,  we challenged them to collect as much trash as possible along the way. 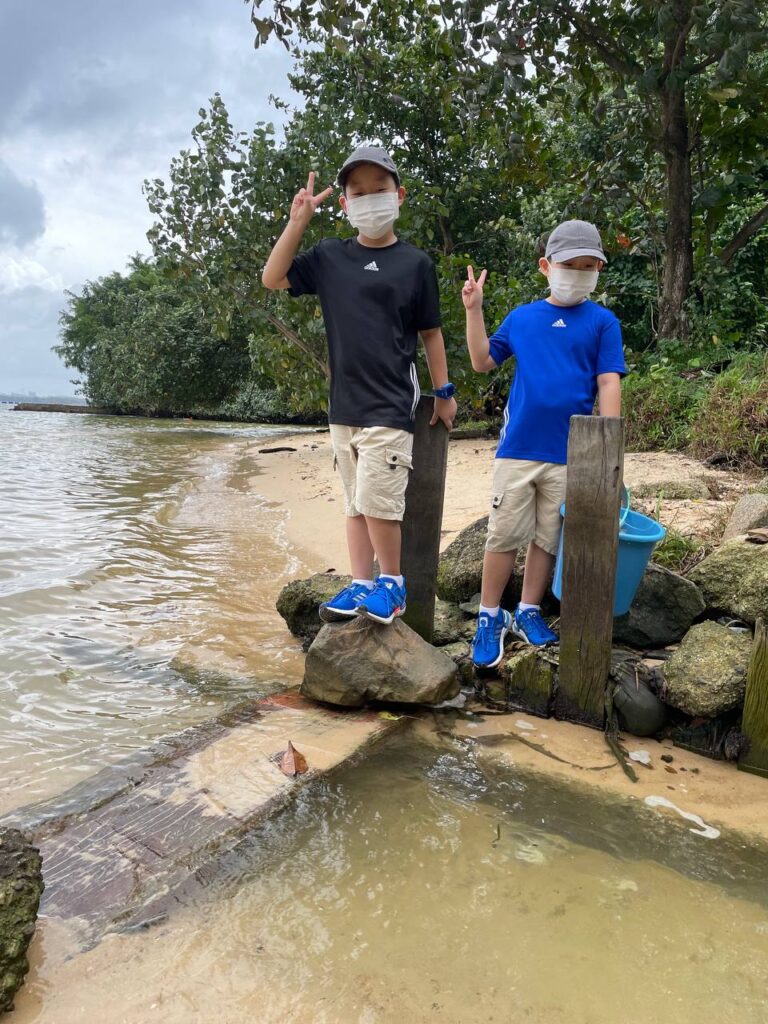 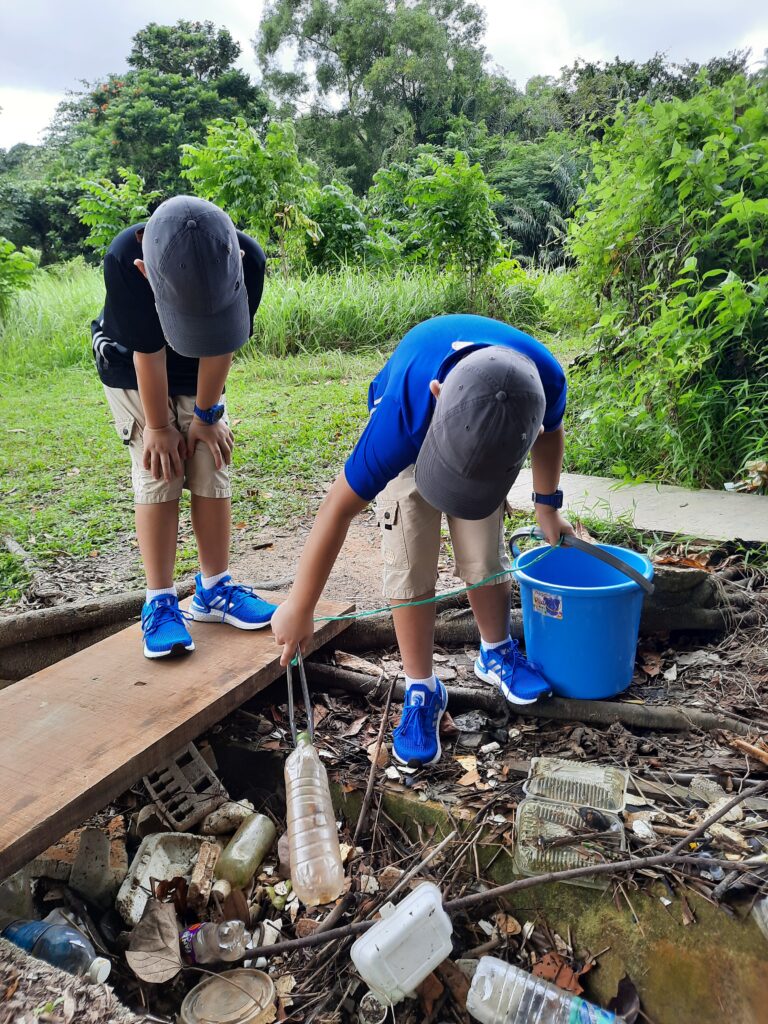 Starting off from the lesser touched part of Sembawang beach, we made our way past Eagles Point to Sembawang Park – the orienteering ground for the day. 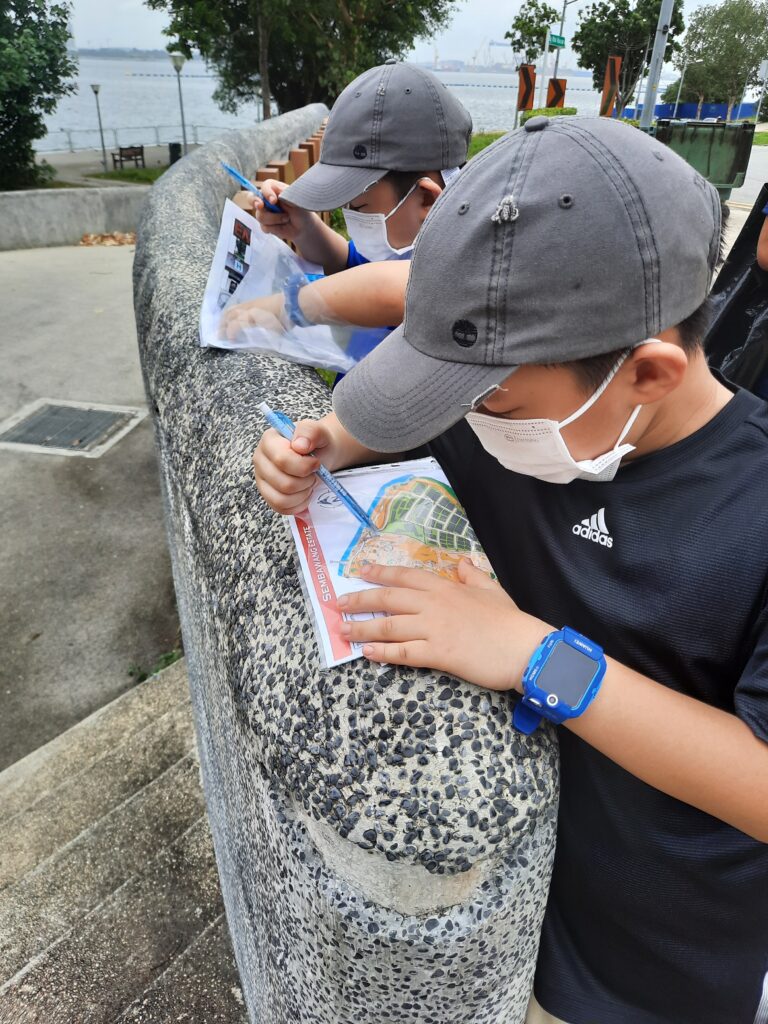 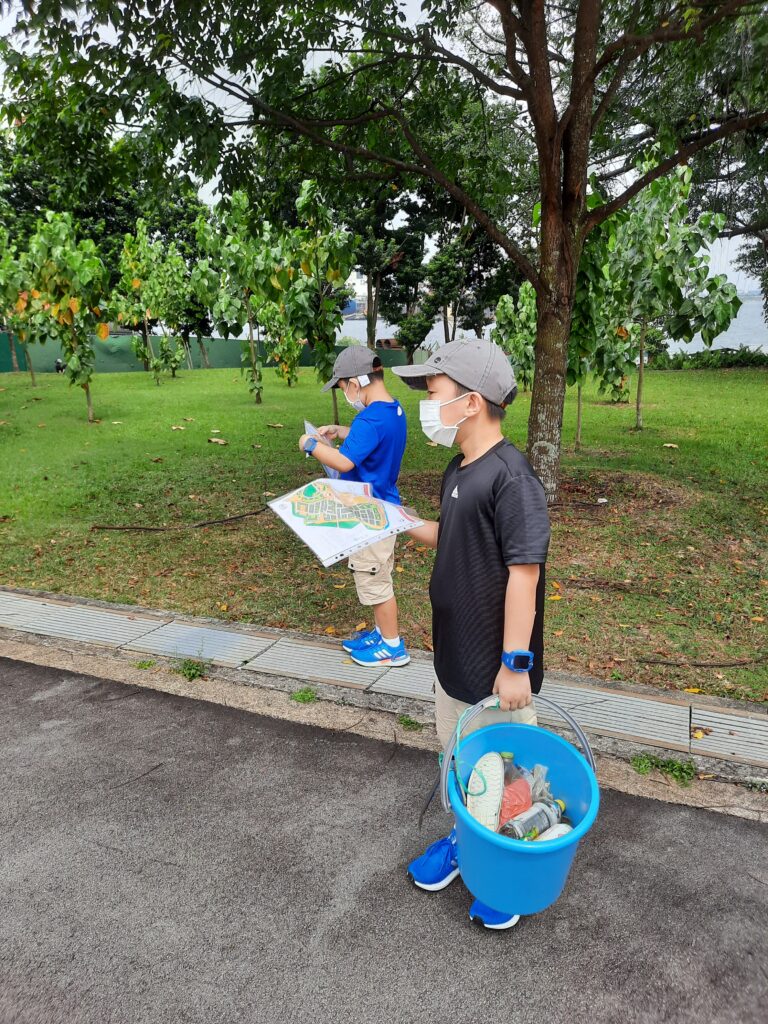 It was good to see them constantly practice map setting and being aware of their surroundings. Having only one bucket to collect trash also gave them a chance to practice sharing responsibility. 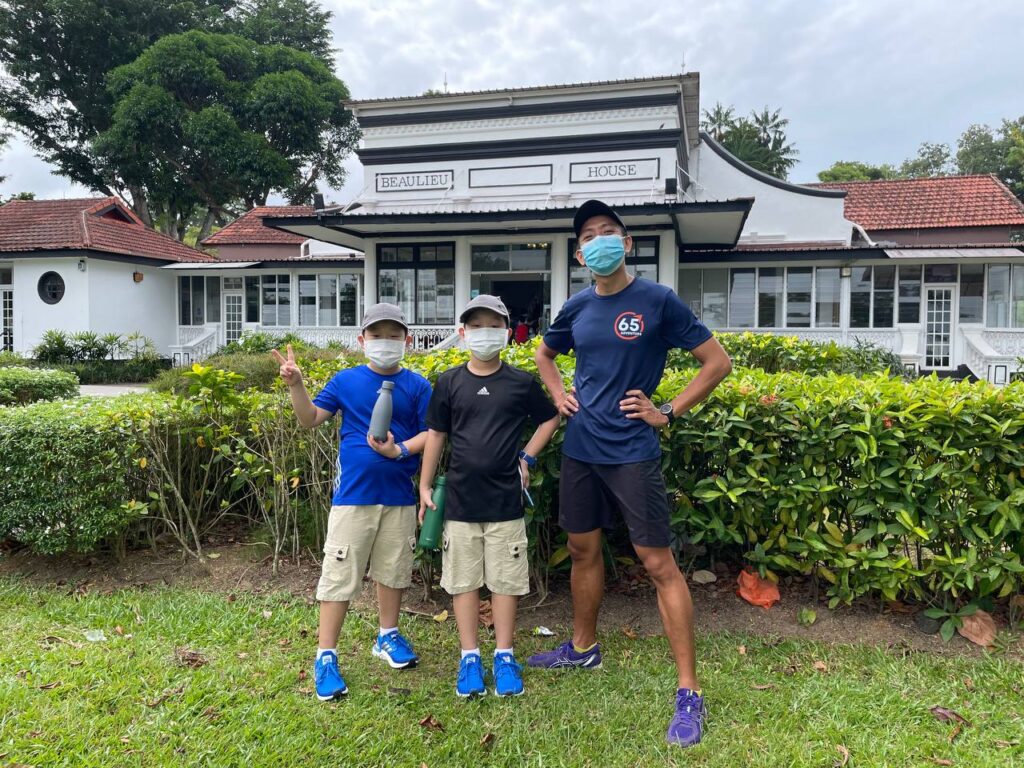 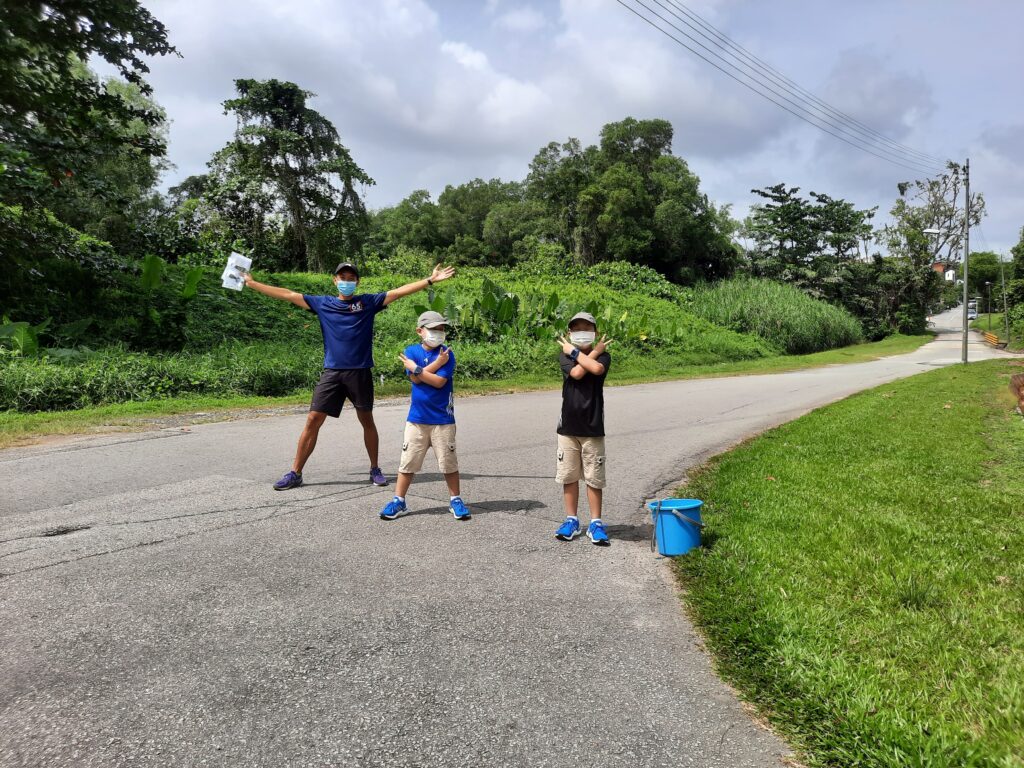 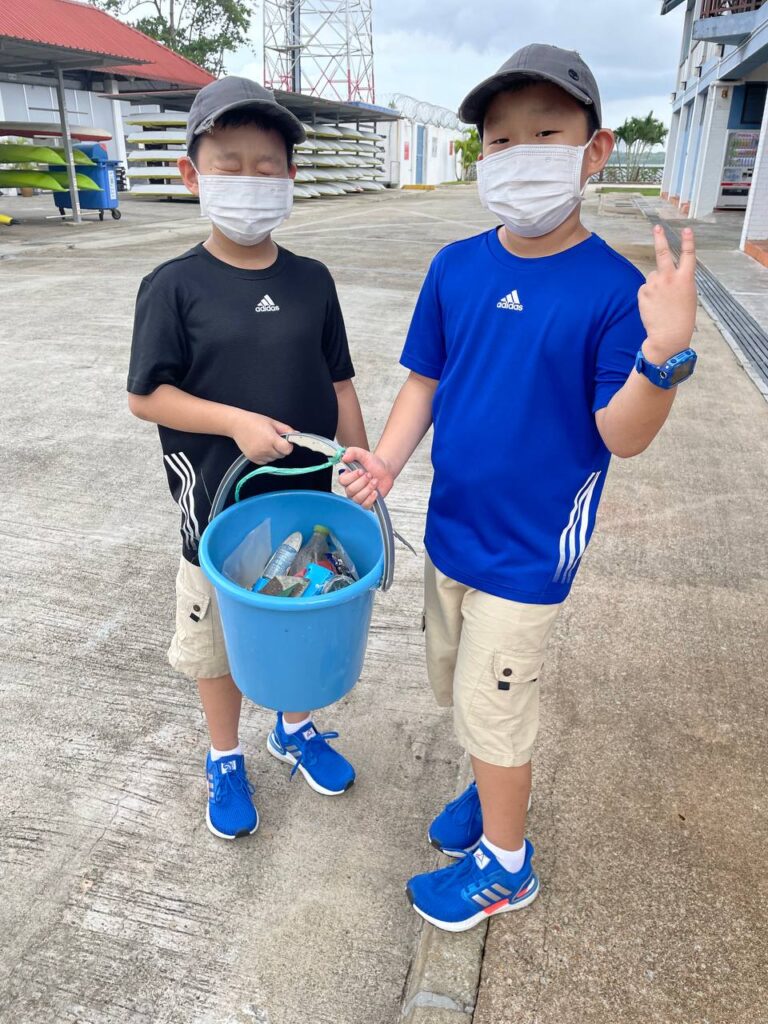 With little guidance from us, 18 checkpoints and around 2 hours later, the boys were done! One look at their faces and you could tell how happy they were. Next up was lunch, just in time after their morning exercise.

What’s an outdoor adventure without outdoor cooking right? We’re sure their parents would be heartened to see them preparing their own meal, perhaps next time they could do the same for their parents. Preparing the meal on their own made it more meaningful for the twins and they sure ate to their hearts’ content. 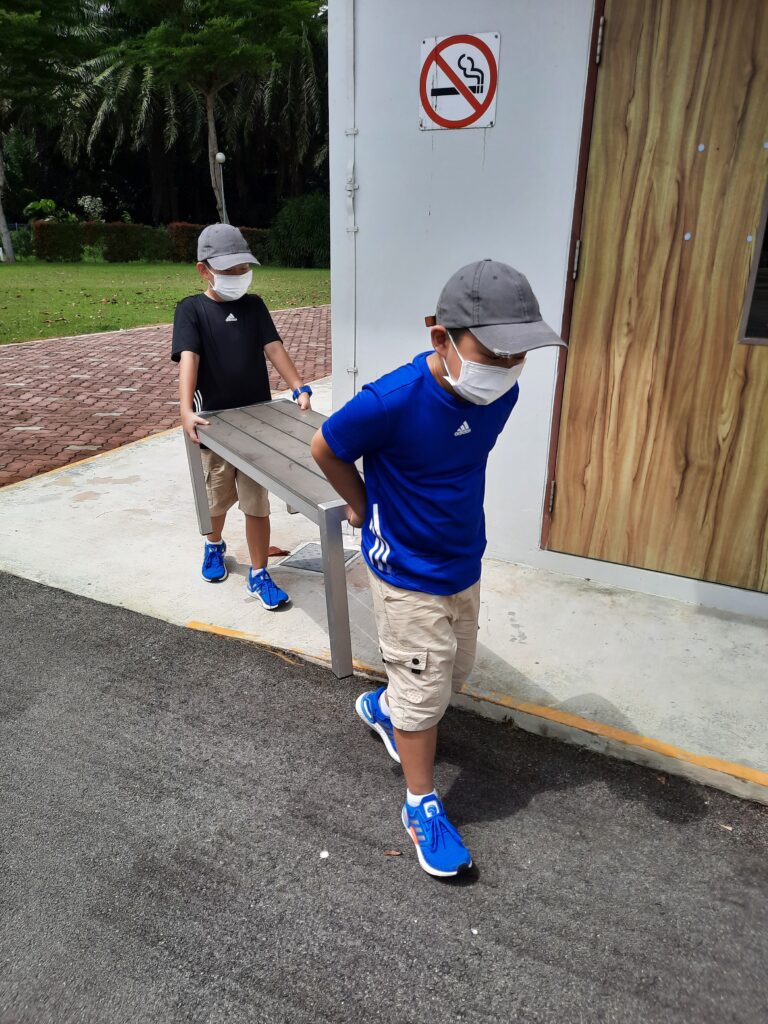 Not forgetting to pack up after they’re done

With their bellies warm and full, it’s time for the last component of the day – kayaking! Sharing an open deck double kayak, it was a perfect opportunity for the twins to take turns leading and communicating with each other. Once again, we tasked them to do their part for the environment out at sea, by collecting trash. 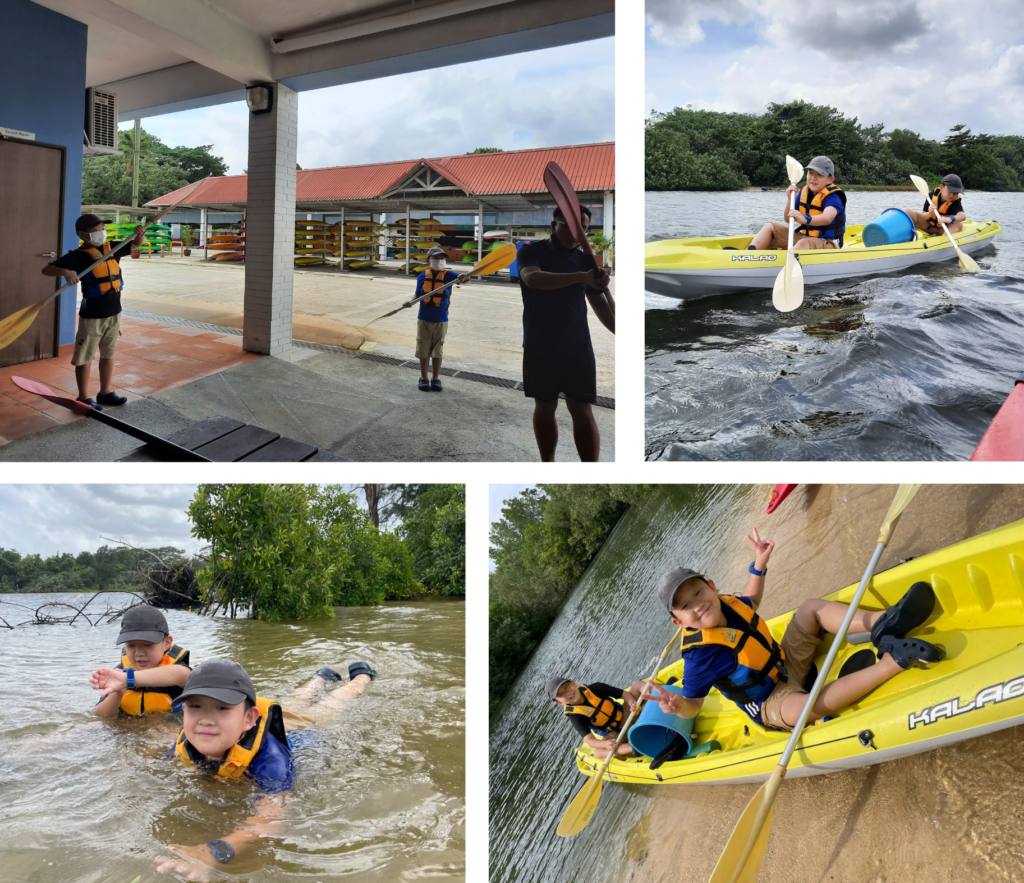 We led them to Simpang beach and they got to explore and enjoy the peace at the mangrove. With some luck they managed to spot some horseshoe crabs as well! It was quite an adventure for them as they experienced some choppy waves in the open sea and having to manoeuvre their kayak around low hanging branches. A good splash in the water, washing up the kayaks and they were done for the day. 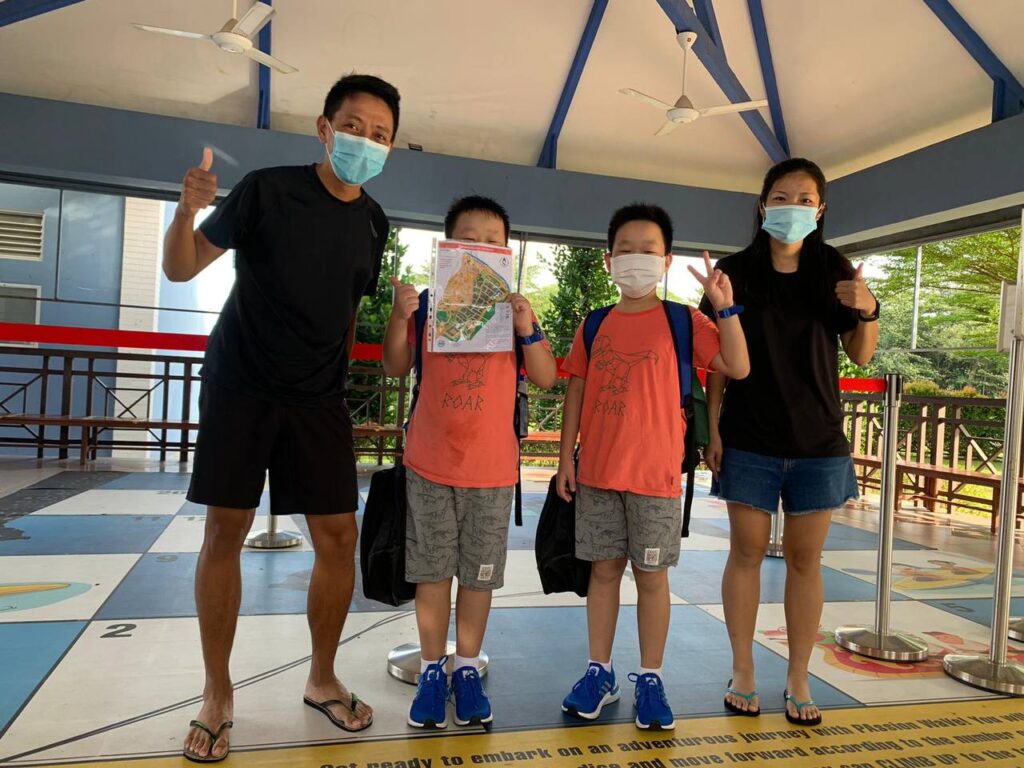 When asked if they enjoyed themselves, they answered in their favourite word, “Affirmative!”

Looking back at these pictures showed us how much the outdoors can be safe and enjoyable for kids, bringing them away from technology. They might not have realised it but venturing outdoors can introduce them to a whole new world of fun, just like the twins had experienced that day.

Thinking Of Your Journey?

Get ready for a fun-filled and exciting adventure!

Contact Us
Health & Safety Form (HSQ)
Copyright © 2023 65 Adventure. All Rights Reserved. | Designed by I Concept
We use cookies to ensure that we give you the best experience on our website. If you continue to use this site we will assume that you are happy with it.Accept
